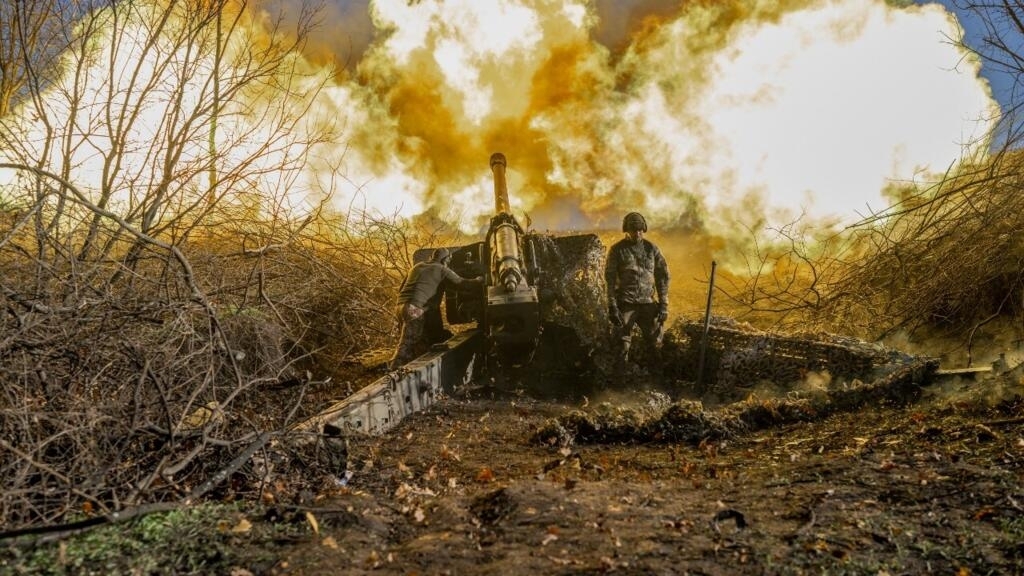 Soldiers from the 155th Naval Infantry Brigade, an elite corps of the Russian army, published an open letter on Sunday denouncing their superiors for using them as cannon fodder in Ukraine. The criticism dominated Russian media so much that it provoked a response – the first since the beginning of hostilities – from the ministry of defence.

This is yet another sign of growing discontent in Russia with the way the war in Ukraine is going. This time, the criticism comes directly from the front. The elite Russian soldiers expressed their anger in an open letter published on Sunday, prompting the ministry of defence’s response about the human cost for Russia of the “special military operation” in Ukraine.

And here is the letter itself from the 155th Marine Brigade that is on everyone’s lips today. The brigade was ordered to advance to Uhledar via Pavlivka. They mention 300 casualties (dead and wounded) in just 4 days, and these are marines. pic.twitter.com/25ivCkRJPI


Soldiers of the 155th Naval Infantry Brigade broke their silence following a particularly harsh battle not far from the city of Donetsk in the Donbas region. “As a result of the ‘carefully’ planned offensive by the ‘great commanders’, we lost about 300 people [..] 50 percent of vehicles,” write the authors of the open letter, which was widely shared on Telegram, the main communication app used by Russian military and political commentators.

Ingredients for a massacre

The brigade had been tasked with leading the assault on November 2 against a Ukrainian garrison on the outskirts of the village of Pavlivka, situated southwest of Donetsk. The Russian army had presented this position as a crucial component of the Ukrainian military supply network, explains the Moscow Times.

This operation forms part of Russia’s current strategy on the front. “Ukraine is prioritising sending new equipment to forces stationed around Kharkiv [in northern Donbas] and Kherson [in southern Ukraine]. Furthermore, troops stationed around Donetsk are less well equipped, which Moscow wants to take advantage of,” says Sim Tack, a military analyst for Forces Analysis, a conflict-monitoring company.

“Capturing this village could have been a significant victory for Moscow because it has been on a disputed frontline since 2015 [when sporadic fighting pitted pro-Russian separatist forces in Donbas against the Ukrainian army],” says Tack.

But the offensive did not go as planned. The survivors of the 155th Brigade denounced orders given for an unprepared frontal attack on a position defended by the Ukrainian army and artillery, and in difficult weather conditions. According to the letter, this led to more than 300 soldiers being “killed, wounded and missing “.

“For a brigade, these are extremely high losses,” says Tack.

The Russian ministry of defence does not see it that way. On Telegram it claimed that “the losses amounted to only one percent of fighting personnel and seven percent of wounded, a significant part of whom have already been able to return to combat”.

Tack is sceptical about this official version of events. “Since the beginning of the war, the Russians’ advance has always been at the price of major human and material sacrifices. If the ministry’s information is correct, this would be one of the least costly offensives in terms of men and equipment for Moscow,” he says.

Beyond the debates over the number of deaths, it is also interesting that the ministry of defence intervened directly to contradict its soldiers. This is unprecedented, but “inevitable”, according to Jeff Hawn, a specialist in Russian military issues and external consultant for the New Lines Institute, a US geopolitical research centre.

As a matter of fact, the open letter “gained media visibility very quickly”, says Tack. Pro-Kremlin military analysts and observers also shared it on Twitter. Aleksandr Sladkov, one of the main war correspondents of the official Russian media, even acknowledged the existence of this letter, without mentioning its content.

The Russian authorities had to deny it as soon as possible “in order to prevent this affair from getting out of control and feeding the growing discontent of the Russian population even more”, says Hawn.

These observers – most of whom support the war in Ukraine – publicised this letter mostly because it comes from an elite corps of the Russian army. “Marine brigades are the equivalent of expeditionary forces in other countries, a bit like the French Foreign Legion, but without the foreigners,” says Hawn.

There are a small number of these elite troops in the Russian army, and the 155th Brigade was attached to the Pacific Fleet in the Vladivostok region before the war in Ukraine started. “It’s a self-contained combat unit, like a pocket army that has all the equipment needed to function on its own,” says Hawn. This type of brigade is usually sent to take out crucial targets in well-planned operations.

Russian soldiers against their superiors

This is not the same as attacking a garrison on the outskirts of a village: “The unit of professional soldiers was clearly used as cannon fodder in the hope of gaining some territory,” says Hawn.

This is what the survivors of the brigade also deplored in their open letter. They criticise their superiors for seeking honour and glory without regard to the loss of life. “This is very symptomatic of the pressure Moscow is currently putting on unit commanders. They are under pressure to bring good news from the front as quickly as possible, which can lead them to launch very risky offensives quickly, rather than taking their time,” says Tack.

Hence the importance of this letter. “It illustrates the deepening rift between professional soldiers and their superiors, who are accused of not taking their interests into account,” says Hawn. This letter’s overarching message has caught the attention of the war hawks who shared it on Telegram, as they feel it is important to warn the general staff against problems that could cost Russia dearly.

The danger is that if the anger of professional soldiers against their leaders persists or grows, “at some point, they will no longer want to carry out orders on the front line”, concludes Hawn. In this respect, it seems unlikely that the ministry of defence’s response about minimising losses is likely to reassure soldiers on the front line.

This article was translated from the original in French.

On Ukraine and Russia, Biden Flusters European Allies by Stating the Obvious