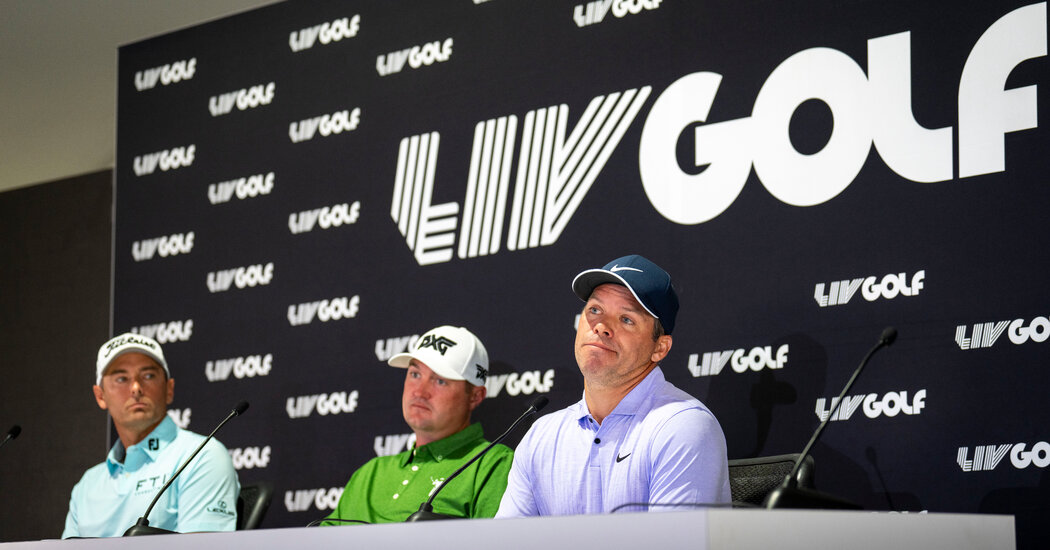 BEDMINSTER, N.J. — Last month, Justin Thomas, the world’s seventh-ranked men’s golfer, summed up the feelings of PGA Tour players like himself who have rejected the sumptuous money offers of the rival, Saudi-backed LIV Golf series to remain with the established tour.

Thomas just wants his former tour brethren now aligned with LIV Golf to say they jumped for the money. “Like, I personally would gain a lot more respect for that,” Thomas has said. “But the more the players keep talking and saying that this is for the betterment of the game, the more agitated and irritated I get about it.”

On Wednesday, Thomas, who made his comments on the “No Laying Up” podcast, would have been repulsed anew by the words of the three latest defectors to the rebel tour who appeared at a news conference for a LIV series event that begins Friday at Trump National Golf Club Bedminster in New Jersey.

“No, money was not a factor,” said Charles Howell III, 43, who was once ranked No. 15 worldwide but has slipped to No. 169. Howell insisted instead that he joined the breakaway circuit because golf “can be a force for change and good.”

Paul Casey, ranked 31st in the world, also lamented that the focus of the new circuit’s successful recruiting efforts has been the bountiful money paid to jump ship.

A Quick Guide to the LIV Golf Series

A new series. The launch of new Saudi-financed LIV Golf series has resurfaced longstanding questions about athletes’ moral obligations and their desire to compete and earn money. Here’s what to know:

What is LIV Golf? The series is an upstart professional golf circuit bankrolled by Saudi Arabia’s sovereign wealth fund. Its organizers hope to position it as a player-power-focused alternative to the PGA Tour, which has been the highest level of pro golf for nearly a century.

Why is the new series controversial? The event has created sparks within golf for upending the traditions and strictures of how the game is played. It has also become a lightning rod for human rights campaigners who accuse Saudi Arabia of using sports to launder its reputation.

Who is playing it? Many of the biggest names in golf, such as Tiger Woods and Rory McIlroy, have stayed away from LIV Golf. But several big names and former major champions, including Phil Mickelson, Dustin Johnson and Sergio García, joined. Henrik Stenson of Sweden, who was supposed to lead Europe’s team at the 2023 Ryder Cup, was removed as captain after announcing his move to the series.

What is attracting the players? The LIV Golf events are the richest tournaments in golf history. The first tournament’s total purse was $25 million, and the winner’s share was $4 million. The last-place finisher at each event was guaranteed $120,000. That is on top of the appearance fees and nine-figure signing-on payouts some players have accepted.

LIV Golf, whose major shareholder is the sovereign wealth fund of Saudi Arabia, has reportedly doled out upfront individual payments between $90 million and $200 million to golf stars including Phil Mickelson, Dustin Johnson and Bryson DeChambeau.

But on Wednesday, Howell, Casey and Jason Kokrak, who left the PGA Tour earlier this month, shook their heads when asked directly if they had joined the upstart tour for the financial windfall.

Kokrak said he was “on the fence” about whether to abandon the PGA Tour until he tuned into the first two LIV tournaments this year. That’s when he watched numerous golfers who were guaranteed eight-figure appearance fees also getting ready to divvy up a whopping $25 million in prize money, including $120,000 for the last-place finisher, who, like most everyone else, had his major expenses to attend reimbursed. At the LIV event outside Portland, Ore., the journeyman player Pat Perez, who shot 80 in the final round and finished tied for 29th, pocketed $153,000 in individual winnings and another $750,000 as part of a team competition.

Kokrak, 37, observed these former comrades who are assured gobs of money regardless of their scores and concluded on Wednesday that he was drawn to “a fun atmosphere.”

“It invigorates me,” he said.

About midway through Wednesday’s meeting with around 40 reporters, Howell, Casey and Kokrak were asked whether they were uncomfortable being the public face of an enterprise that critics have described as Saudi Arabia’s attempt to use golf to temper the perception of its grim human-rights record. Scores of corporate sponsors have dropped golfers who left the PGA Tour and joined LIV Golf.

“I’ve been to the kingdom a couple of times, and I’ve seen change,” said Casey, who has played in the annual Saudi International golf tournament. “And I’ve talked to the people there.”

Casey went on to explain that he had played golf with a 17-year-old woman and her father. “That opportunity wouldn’t have been there more than a couple years ago,” he said. “That was such a positive experience for me.”

A follow-up question turned the topic to gay rights in Saudi Arabia. Did the golfers wish to address that?

Casey, who for the last two decades has been one of the most media-cooperative, thoughtful and garrulous golfers on the world golf tours, answered: “It’s not a subject I know enough about to speak about.”

Sitting to his right, Kokrak added: “Yeah, I agree with Paul. I don’t know enough about the subject to speak on it.”

The responses were reminiscent of another question at the inaugural LIV Golf tour event in June, when players, who reporters noticed tended to have similar replies to queries, were asked if they had received media training or been coached on how to handle difficult questions.

At the conclusion of the Wednesday news conference, as Casey was leaving a podium, he was approached by a New Jersey-based newspaper reporter who asked about the recent protests from families of victims of the Sept. 11, 2001, attacks who have criticized holding the Saudi-backed event at Trump’s golf course, especially since it is situated within 50 miles of where the World Trade Center once stood.

“My heart goes out to all of those who suffered a loss and been impacted by 9/11; I don’t have words to describe the pain and sadness behind that,” Casey said earnestly.

An aide for LIV Golf beckoned. 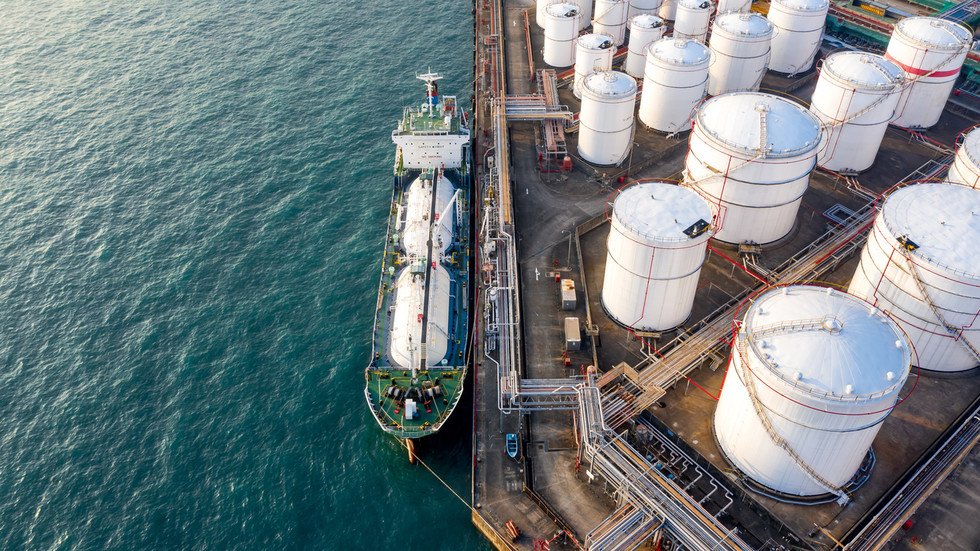 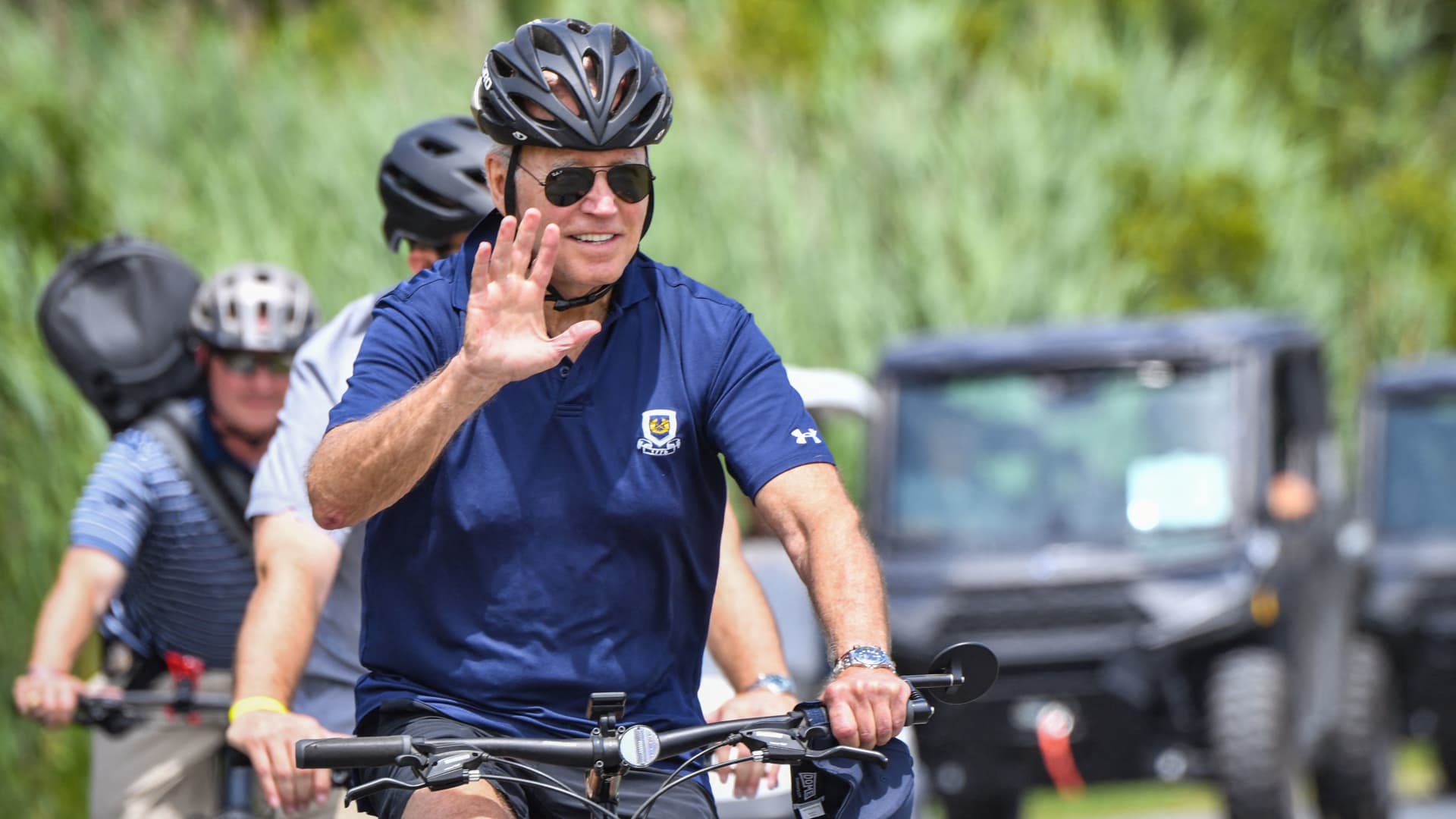