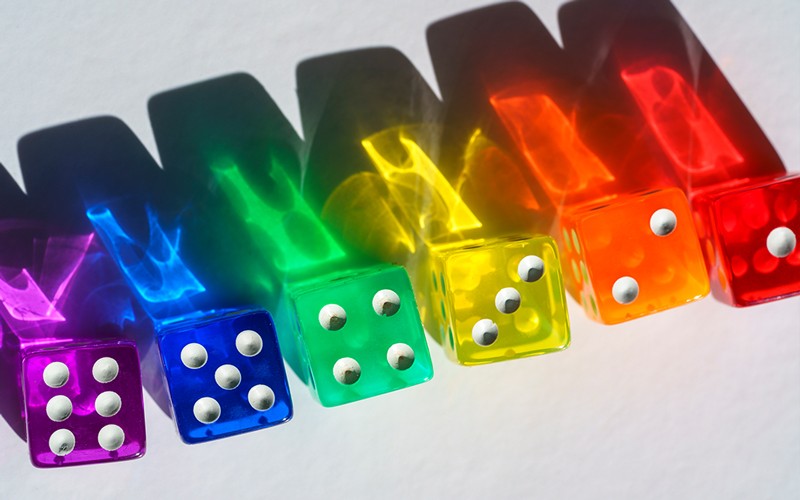 When I studied for my mathematics doctorate in the late 1990s, I believed that mathematics was mathematics, and not a subject linked to my identity. My view changed the day a professor told me that my being openly gay made others in the department uncomfortable, and that I should keep my sexuality to myself to fit in.

I questioned my place in mathematics, because I could no longer separate the objective world of proofs and equations from homophobia. Even as a professor, I worked alongside those who disapproved of my sexuality. The sense of exclusion created by these experiences never left me in my mathematical practice.

Queer, trans and other LGBTQ+ people are in every part of science, technology, engineering and mathematics (STEM). They are your colleagues in offices across the hall, students in calculus, graduate students, doctoral supervisors, journal editors and co-authors. Why, then, should there be a feeling among queer mathematicians and scientists that they are invisible?

In 2017, 20 years after my doctoral studies, I wrote a blogpost titled ‘On being a gay mathematician’, about my lived experiences. I charted my lifelong journey as a queer person and referenced how queer academics frequently check ourselves through an internal monologue. Am I acting too gay when giving a lecture? Is it OK for me to talk about my husband at a conference dinner?

There was a positive reaction to the blog, with colleagues, friends and family telling me I had made a positive difference. I became emotional reading an e-mail from a graduate student, who said that my words had comforted her as she came out. For one of the first times in my career, I was proud to be a gay man in mathematics.

I wanted to contribute more directly to the efforts of building community among queer mathematicians, so I organized a conference. In 2020, I co-chaired the first LGBTQ+Math Day at the Fields Institute for Research in Mathematical Sciences in Toronto, Canada, celebrating the life and work of queer mathematicians. LGBTQ+ mathematicians, including Juliette Bruce and Ron Buckmire, spoke about their research and experiences. I was moved by the panel discussion, at which I realized that my experiences as a queer academic were far from unique. Most of the registrants for the online conference were queer mathematicians, but there were also allies and a dash of scholars from other STEM disciplines.

LGBTQ+Math Day is now in its third year, with a wider audience and international reach, and is helping to make a previously invisible community increasingly visible in its own small way. Ours is not the only such conference: over the past few years, there have been more queer mathematics conferences than ever. I have co-authored an article documenting the rise of LGBTQ+ mathematics conferences1.

After decades of progress on human rights in my home country of Canada, such as the passage into law of marriage equality in 2005 and a 2021 ban on ‘conversion therapy’ — a discredited and harmful practice that attempts to change a person’s sexual orientation or gender — there is more acceptance of queer people than when I was a graduate student. These rights are not experienced universally; in many countries, being openly queer is a crime. Olympic diver Tom Daley said at the 2022 Commonwealth games that LGBTQ+ athletes around the world must be safe and without fear of persecution. The same is true for LGBTQ+ mathematicians, and people of all professions or none. Within the community of queer mathematicians, those who are trans, Black, Indigenous or other people of colour are especially likely to face barriers. I worry, for example, for the trans graduate students out there who are questioning if they have a place in their chosen field as their authentic selves.

If I could give advice to my younger graduate-student self or any young queer person in mathematics right now, it would include these points.

• You belong. You have a place in the mathematics community. It is possible to be a brilliant mathematician and queer — the two are not mutually exclusive.

• Be out, if it is safe. Living as my true self has been a great relief for me and has helped to bring my mathematical practice into keener focus. Being out has reduced mental noise (such as checking myself, anxiety about microaggressions and keeping track of who knows I’m gay) so that I can more fully realize my mathematical creativity. It has also provided a deeper sense of honest connection with my job, my students and my colleagues. However, I recognize that not everyone has the privilege of being in an environment where it is safe to come out. Your first priority is keeping yourself safe and supported.

• Make connections. Attend LGBTQ+Math Day, or join any LGBTQ+ focused maths conference. Spectra, the US-based organization of LGBTQ+ mathematicians, hosts events and panels at major mathematics meetings, such as the American Mathematical Society Meeting and the Joint Mathematics Meetings, and maintains the Outlist of queer mathematicians who feel safe sharing their identity.

• Allies matter. Queer people are self-reliant, and still the struggle for equality is aided by the support of allies. Good allies make space, listen to and support maths folks who openly identify as queer. When you find allies you can trust, don’t hesitate to ask for their help. Allies willing to talk at their workplace about the climate for LGBTQ+ people can list their names on Spectra’s Allylist.

For mathematics and STEM to flourish, they must be accessible to everyone, regardless of their identity. The next generation of LGBTQ+ mathematicians is poised to make significant scientific strides and move the needle towards greater acceptance and visibility. We must do everything we can to help them achieve those goals. Living as their authentic selves will enhance mathematicians’ lives, and mathematics will be richer for it.

The author declares no competing interests.

The search for perovskite durability

talk of ‘vaccine hesitancy’ lets governments off the hook

US scientist falsely accused of hiding ties to China speaks out

My work digging up the shelters of our ancestors

Maize under threat, and morality for cars: Books in brief